As a Toronto Industrial Photographer we get so see some pretty interesting things but we were especially thrilled recently when Bombardier approached us looking for a Toronto Industrial Photographer to shoot the maiden flight of one of the Q400 aircraft. After a sweltering morning in the sun, the aircraft was finally pulled out onto the tarmac where we could get some great shots. Working in the midday sun is always a photographers worst nightmare but with some creative post work we were able to create some beautiful shots from a pretty nasty lighting situation. A great example of why its so important to shoot RAW and deliver processed files not camera Jpegs. 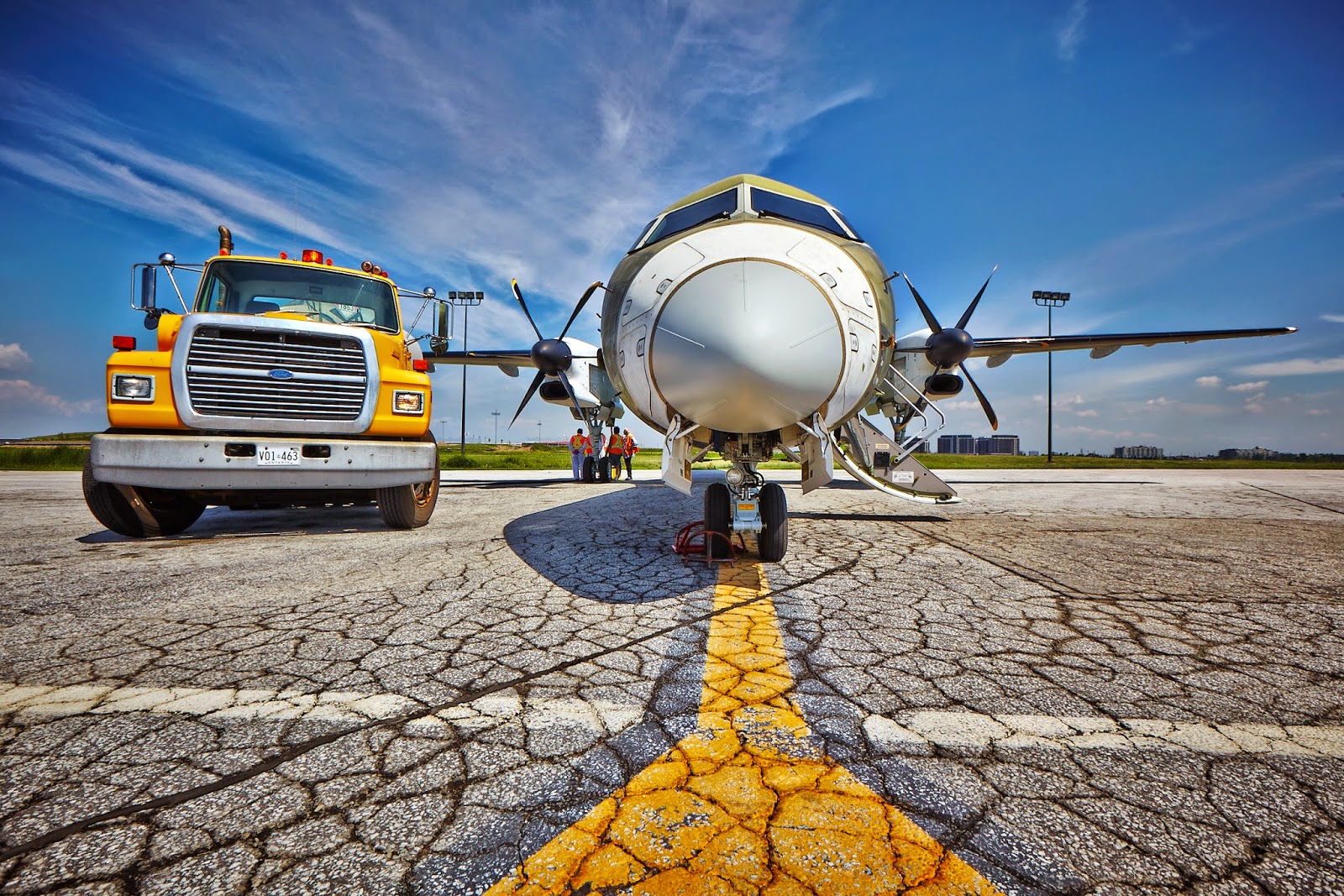 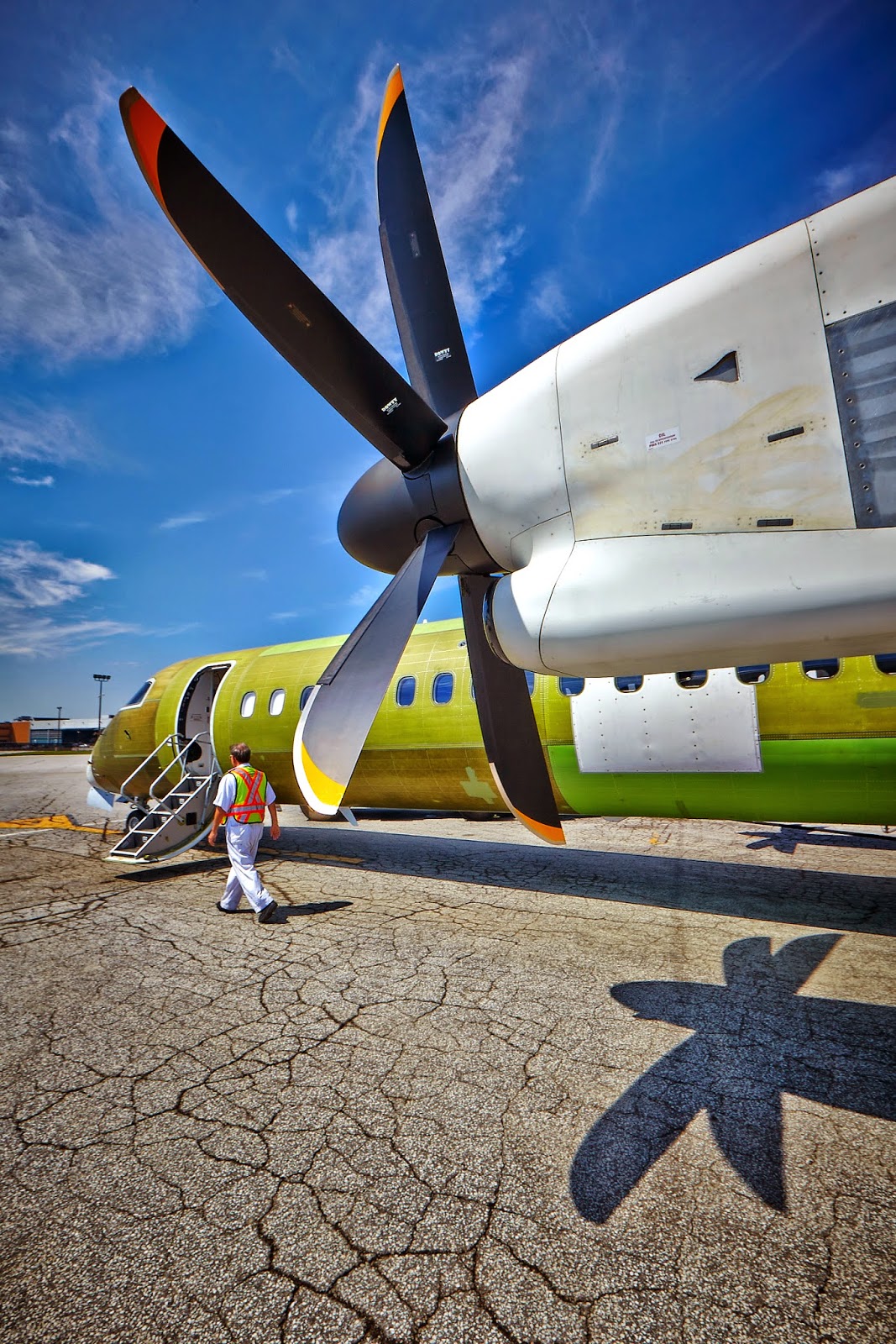 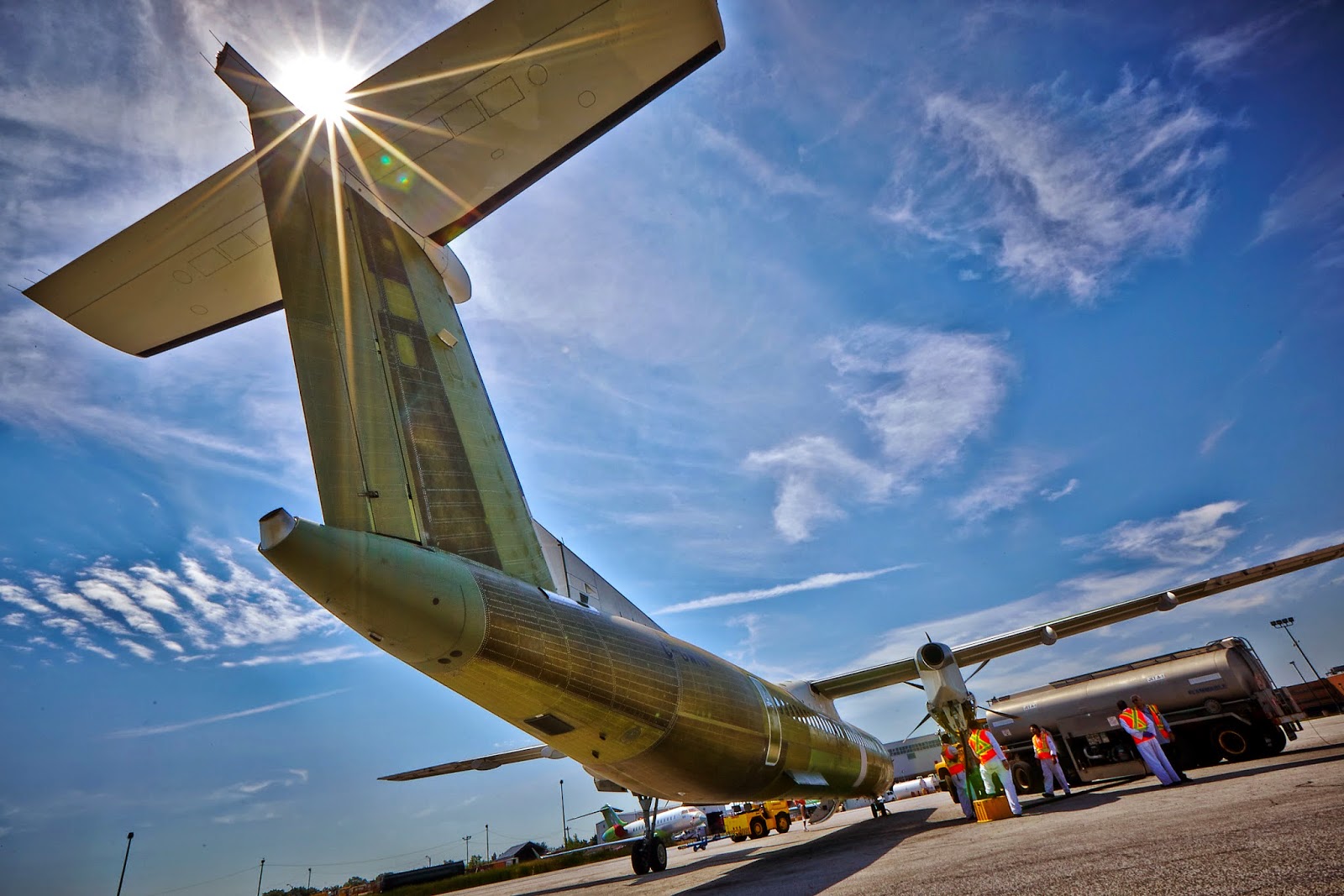 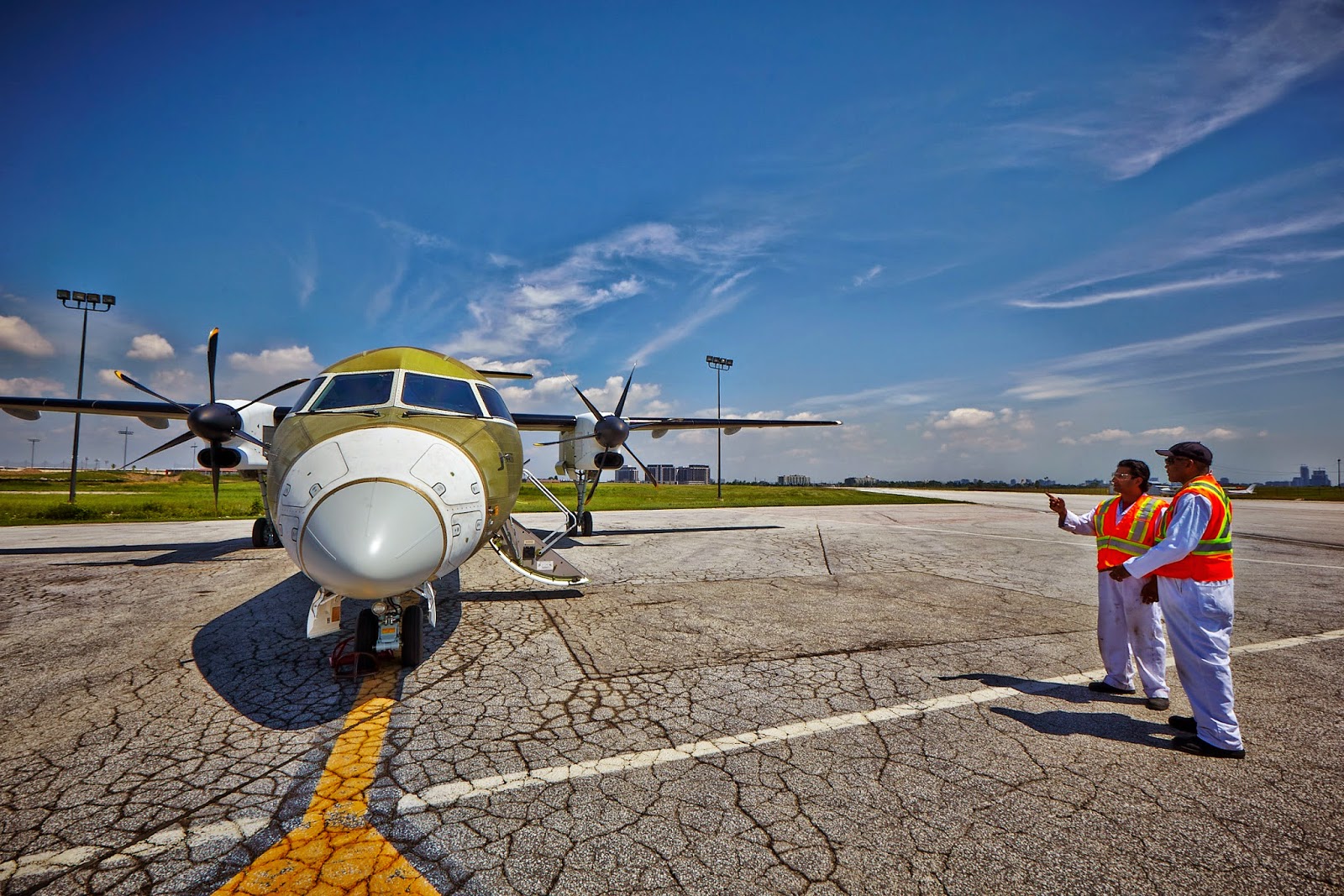 As soon as pilots and ground crew had finished their pre flight checks it was engines go and we had to boogey to our positions off the runway to be ready to shoot the aircraft taking off for the first time. I remember checking both camera bodies slung over my shoulders to make sure I was set and ready at the correct exposure and shutter speeds to not only freeze the aircraft but to allow a nice blur on the props. It never looks good to see frozen propeller blades as it looks like the engines have stopped in mid air. Bad message. 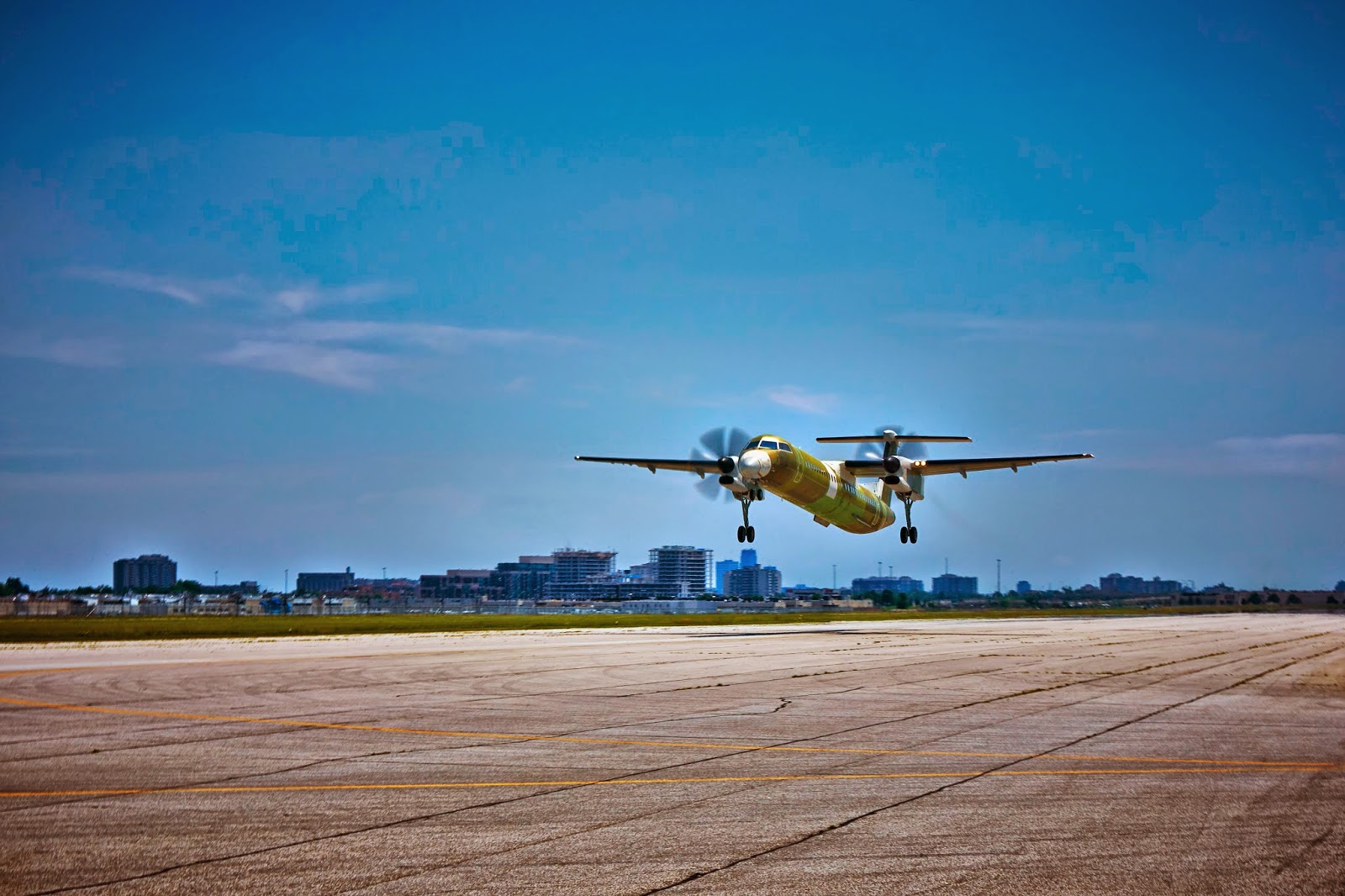 I got these shots off real quick on the telephoto lens and as then drooped it onto its strap and grabbed at the wide lens on the second camera body as the aircraft came along aside and above us, then again switching back to the telephoto as it started climbing into the clouds. 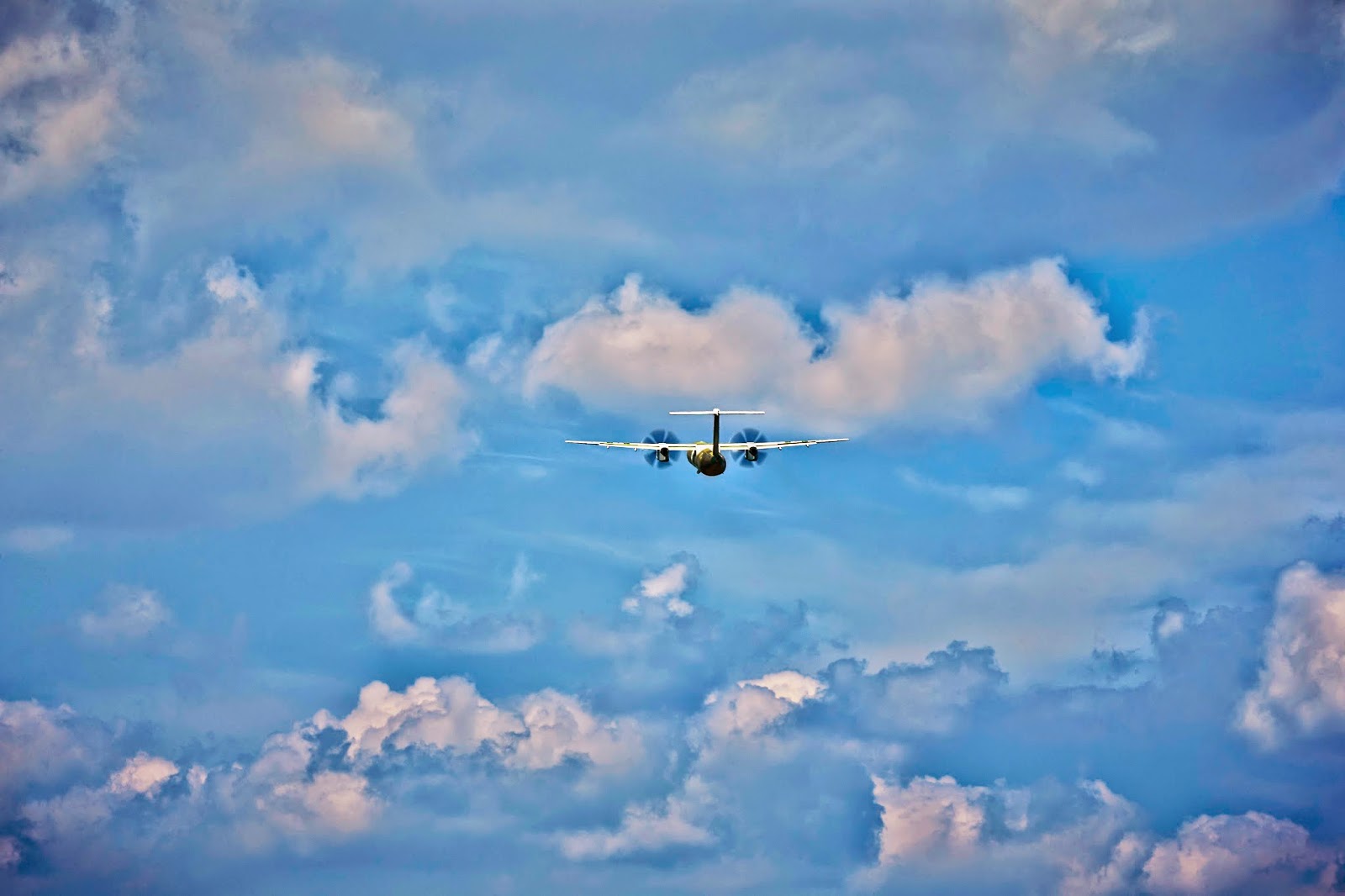